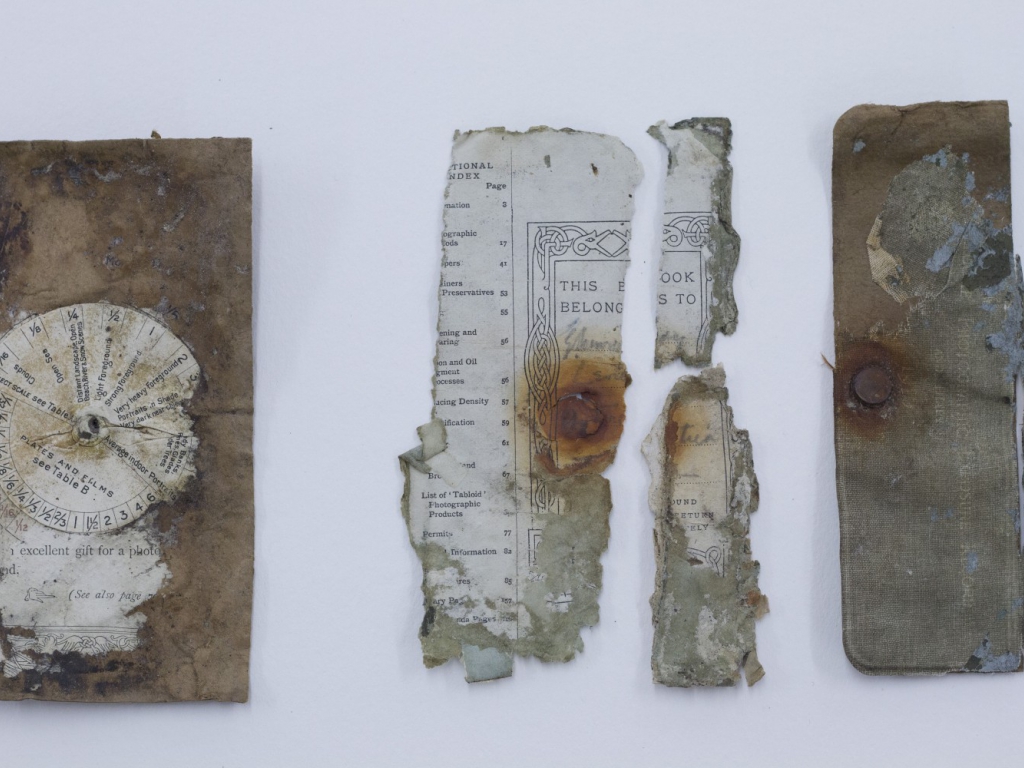 In the summer of 2012, the team of conservators working on Scott’s hut at Cape Evans made a surprise discovery: A notebook that had not been seen for over a century.
The notebook is a photographic journal belonging to George Murray Levick, a member of Scott’s 1910-1913 expedition and a member of the Northern Party who spent a summer at Cape Adare and survived the following winter in a snow cave on Inexpressible Island before making it back to Cape Evans.
Many of the notations in the notebook correspond to photos from the expedition held by the Scott Polar Research Institute in Cambridge, so the discovery serves as an important missing piece of the expedition record. After specialist conservation treatment, the notebook’s pages were digitised to allow for detailed study without risking the fragile object.
Each page of the notebook has been conserved by the Trust in New Zealand before being rebuilt back into sections and sewn back together. The cover has also been reconstructed. The notebook has been returned to Antarctica – one of 11,500 artefacts at Cape Evans.
This precious piece of history was entrusted to the NZMS team because of our reputation for ensuring fragile heritage items are handled with care, and the knowledge that staff are trained to meet curatorial standards.
As the notebook’s binding had been dissolved by 100 years of ice and water damage, paper conservator Aline Leclercq first needed to separate the pages. NZMS digitisation technician Katie Wilson then scanned the notebook within a day, in order for it to be rebuilt in sections and sewn back together.
The entire conservation process was completed within a week.
The entire notebook is now available on Antarctic Heritage Trust website: https://goo.gl/7PVaYZ