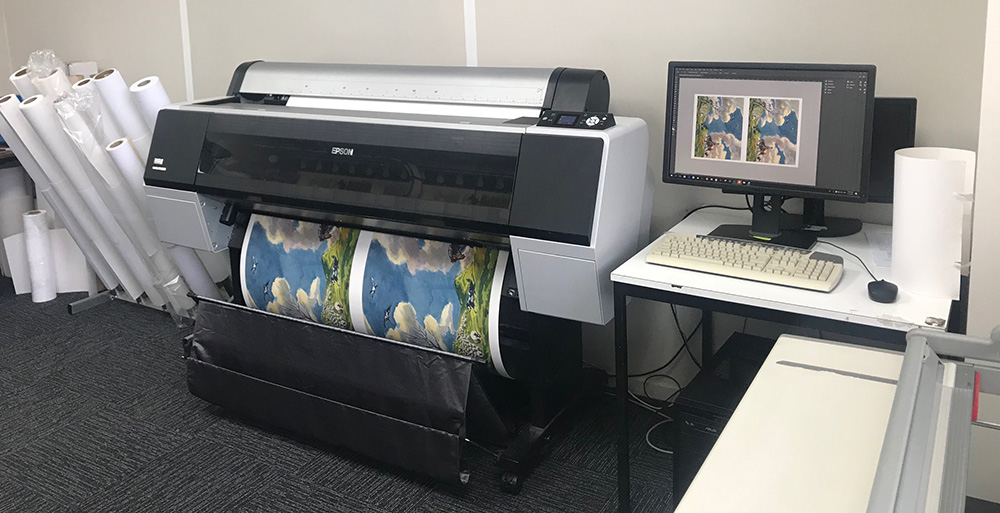 A collection of unseen works from prominent New Zealand Artist of the 1950’s Leonard Mitchell has been digitised and printed as high-quality reproductions for Mitchell Studios, managed by Leonard’s niece Anna Reed (née Mitchell).

Born in 1925, Leonard was brought up in Ngaio, Wellington where he received creative training at the Wellington Technical College of Art. In the 1950’s he exhibited at the New Zealand Academy of Fine Arts, becoming a sought-after portrait painter, undertaking portraits of many prominent New Zealanders, including Ngaio Marsh, Walter Nash, Peter McIntyre and Warwick Braithwaite. Later, Leonard and his brother Frank and sculptor Jim Gawn, established The Lambton Galleries, as an exhibition and studio space that was the largest commercial gallery at the time in Wellington.

Leonard’s works are still in the public eye today with murals on display in the Lower Hutt War Memorial Library. Despite the challenges he faced with modernist art movements and opinions of art critics, he won many awards and prizes throughout his career. Including the inaugural Kelliher Prize with Summer in the Mokauiti Valley in 1956, the Gold Medal (Médaille d’Or) at the Paris Salon in 1971 and the Gold Medal (Médaille d’Or) from the Royal Society of Watercolour Painters in London. In addition, he was elected a fellow of the Royal Society of Arts in London in 1959, and was awarded the Netherlands Government Art Fellowship.

Leonard’s collection includes a range of portraits, New Zealand, English and European landscapes, seascapes, townscapes, group scenes and still life paintings and drawings. Many of which have never been exhibited or shown to the public. View more of Leonard’s work here.

When Leonard suddenly died in 1980 he had left hundreds of artworks for his family that have mostly remained in storage until 2018. TVNZ described the incredible legacy of artworks as Hidden Treasures in Frank’s workshop, with hundreds of works never seen before. Frank and Anna have started to show the public what they believe they have a right to see. In an effort to bring the paintings back to life and back into the public eye after nearly half a century of being in storage, Leonard’s works are being exhibited and sold to the New Zealand public who are now able to show their appreciation for such a talented, forgotten New Zealand Artist.

Following a successful exhibition of Leonard’s work earlier this year, Mitchell Studios was established by Anna Reed in June 2018 as a fine art gallery and creative agency in Khandallah, where Leonard’s works are on display for the public.

Anna has recently been working with our Wellington digitisation and printing technicians to accurately scan and digitally capture some of Leonard’s unseen works. The artworks were captured on our SMA Scanner that has been colour profiled to provide a closely matched file which was then used to print editions on our highly accurate colour printer with a combination of inks and paper that ensures consistent long-lasting colours.

“I can’t say how much I have appreciated the care and attention provided by Martin and Nigel on this project. They immediately understood what I wanted to achieve and guided me through the process, delivering truly beautiful, faithfully colour-matched prints of my Uncle’s work. I think even he would struggle to pick the originals from the reproductions!

I look forward to working with the team at Micrographics again in the very near future.” 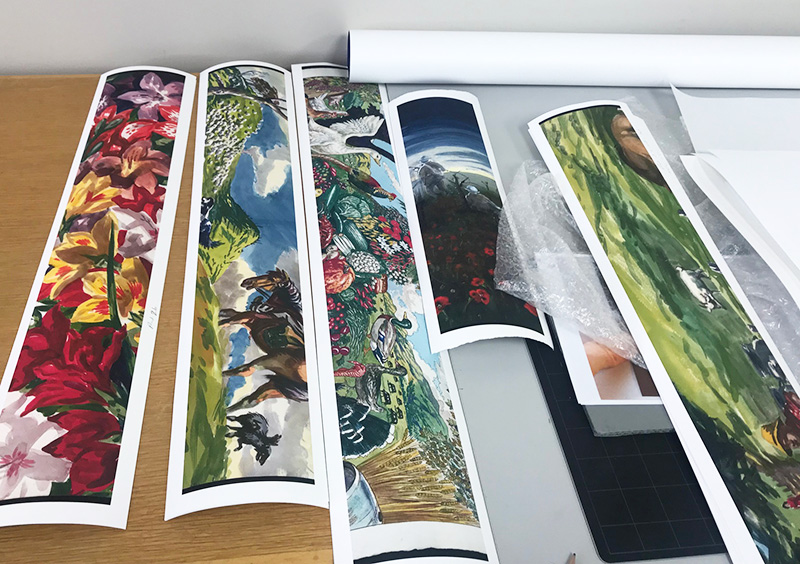 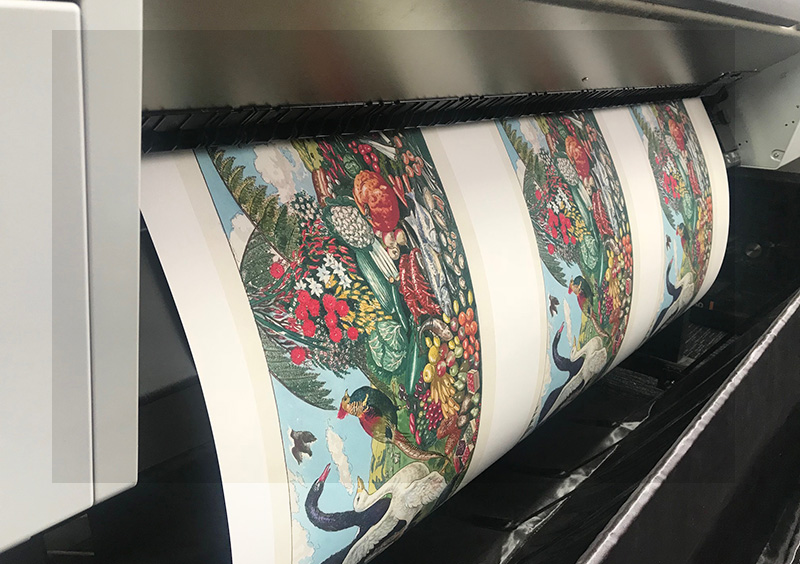 Our team feel very privileged to reproduce and handle these artworks and feel proud to have helped bring new life to them. We have so far captured a total of 12 artworks and printed 4 different artworks that are on display and for sale at Mitchell Studios, more information here. 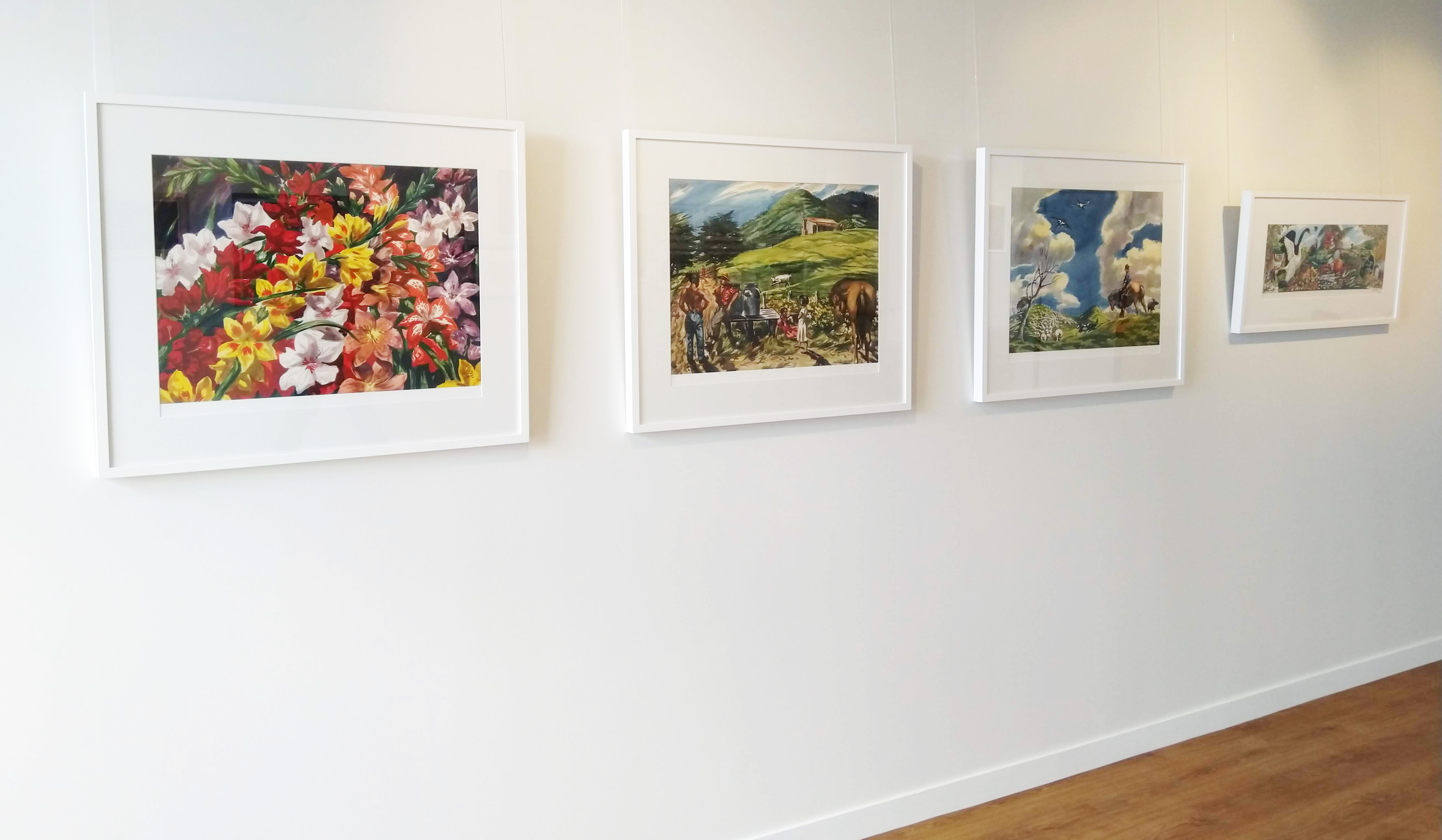 Each artwork will be reproduced as 50 limited edition prints, however, we didn’t print all 50 for Anna at once, we hold the digital files in our system, ready to print on demand when the gallery requires the next batch of prints to sell. Keeping the formatted digital images on file with associated print requirements and settings, ensures that prints will be exactly the same in colour and quality each and every time.

Do you have a collection of artworks that you would like reproduced? Get in touch with our team for your end to end solution, from scanning, colour matching and consultation to high-quality printing.