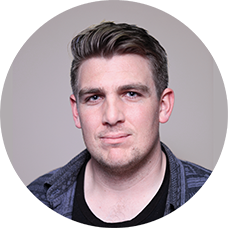 Josh has a background in Fine Arts, graduating from Ilam School of Fine Arts in 2011 with first-class honours in painting. From 2012-2014 he worked with Christchurch City Libraries prior to commencing work with NZMS as a Digitisation Technician in late 2014. Josh  has progressed in his career over the past few years at NZMS to a Project Leader, then Team Lead (Southern Region) & currently has a split role as NZMS’ Graphic Designer and Solutions Consultant (Southern Region) due to continued growth in the company.

Emanuella, Siobhan, Ella and Josh spent a sunny winters day at the Ashburton Museum and Art Gallery for the 2019 Canterbury Regional Digital Forum ‘Un-Conference.’ The morning was spent listening to short presentations on a range of topics.