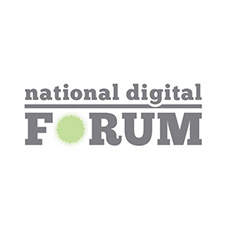 The National Digital Forum is a network of people working together to enhance digital interaction with culture and heritage in New Zealand. They run an amazing conference, arrange local events, and support professional development opportunities.

NZMS are dedicated supporters of the NDF and were there when it all started.  Andy Fenton was one of the 31-member working group formed after the first Forum in 2002 and was elected to the inaugural National Digital Forum Board in 2006 (stepping down in 2013 as its longest serving member).  Andy proudly claims he is one of a handful of people to have attended every one of the Forums from 2002-2017.  GLAM sector representatives from many nations we respect are in awe of the NDF Conference, and the cross-sector community engagement it engenders.  NZMS is proud at just how often we facilitate interaction between cultural heritage institutions across New Zealand and overseas.  As well as participating in NDF’s skills-share initiative we love participating in the regional forums that have developed strongly over recent years.

Emanuella, Siobhan, Ella and Josh spent a sunny winters day at the Ashburton Museum and Art Gallery for the 2019 Canterbury Regional Digital Forum ‘Un-Conference.’ The morning was spent listening to short presentations on a range of topics.

Since 2002 the National Digital Forum (NDF) Conference has benchmarked digital innovation in the Cultural Heritage space in Australasia.

NZMS has a long history of attending and supporting the National Digital Forum Conference and this year we are excited to be presenting at the Demo Hall. Andy Fenton and Gavin Mitchell will be presenting a discussion about; Surveying our Past: Historic Surveys Mapped into a Virtual Landscape for Future Generations.