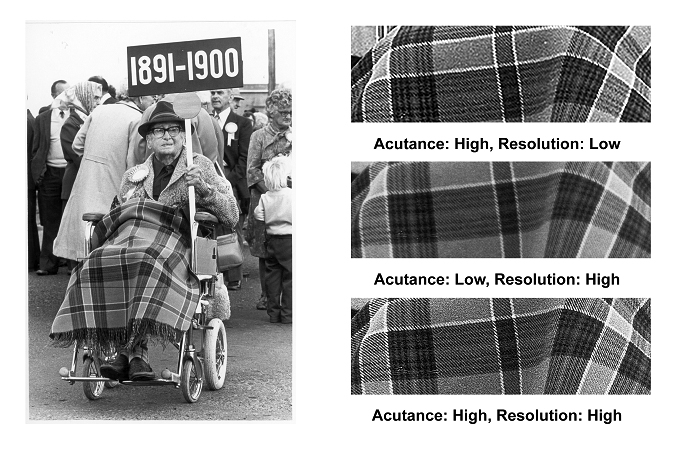 There is a wide range of equipment used in digitisation. The last five years have seen the rise of the digital camera with its inexpensive, high speed Bayer-type array become a recognised alternative to the traditional line-array scanner. For preservation digitisation of heritage materials, where maximum quality and image integrity is paramount, NZMS believes the tri-linear CCD is still superior.
Digitisation with a scanner equipped with a trilinear array will provide a more accurate result with large size originals than photography with standard digital 35mm or medium format equipment, due to the greater accuracy of image capture inherent in a tri-linear CCD.
A digitised image is comprised of pixels with three colour information – Red, Green, and Blue, like a television picture. A tri- linear CCD array captures the red, green and blue data in every pixel, one pixel width at a time, unlike the Bayer-type array normally found in digital single lens reflex (dSLR) cameras which captures alternating red, green and blue colours and uses post-processing to “guess” the missing colours.
Depending on the dSLR “guessing” can be very good, but it is still a guess – or interpolation as it is known.
A trilinear array as found in the high end scanners NZMS employs in preservation digitisation builds an image up line by line, using the centre of the lens where the greatest resolution is. This is why a scan takes many minutes. Exposure time on a digital camera is usually 0.05 of a second, which is significantly faster than a scanner, but there is a price to pay for this.
There are two fundamental factors which contribute to the perceived sharpness of an image: resolution and acutance.

Acutance (or what we colloquially call contrast) describes how quickly image information changes from dark to light on an edge, and high acutance results in sharp transitions and detail with clearly defined borders, which we perceive as higher contrast, and correspondingly, greater sharpness. 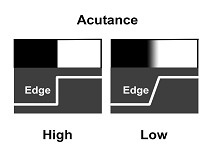 Resolution describes the camera’s ability to distinguish between closely spaced elements of detail, such as the two sets of lines shown above. Sharpness increases as a factor of resolution, and this is one of the reasons that NARA and FADGI’s digitisation guidelines both recommend no sharpening of high resolution images.

Photographs require both high acutance and resolution to be perceived as critically sharp. A trilinear array based scanner gives an operator much greater overall control over both elements than a bayer array-based camera.
This is not to say that a digital camera solution should not be considered. NZMS use digital camera technologies in an increasing range of work for clients – and the financial benefits to clients are obvious – and we believe that an informed decision should always be made about whether the capture equipment is the best fit for purpose. There may be items in your collections which may suit digital camera digitisation over high end scanner digitisation and the final choice should be yours.
For more in-depth explanation of Trilinear-array vs bayer-array digitisation, download our PDF