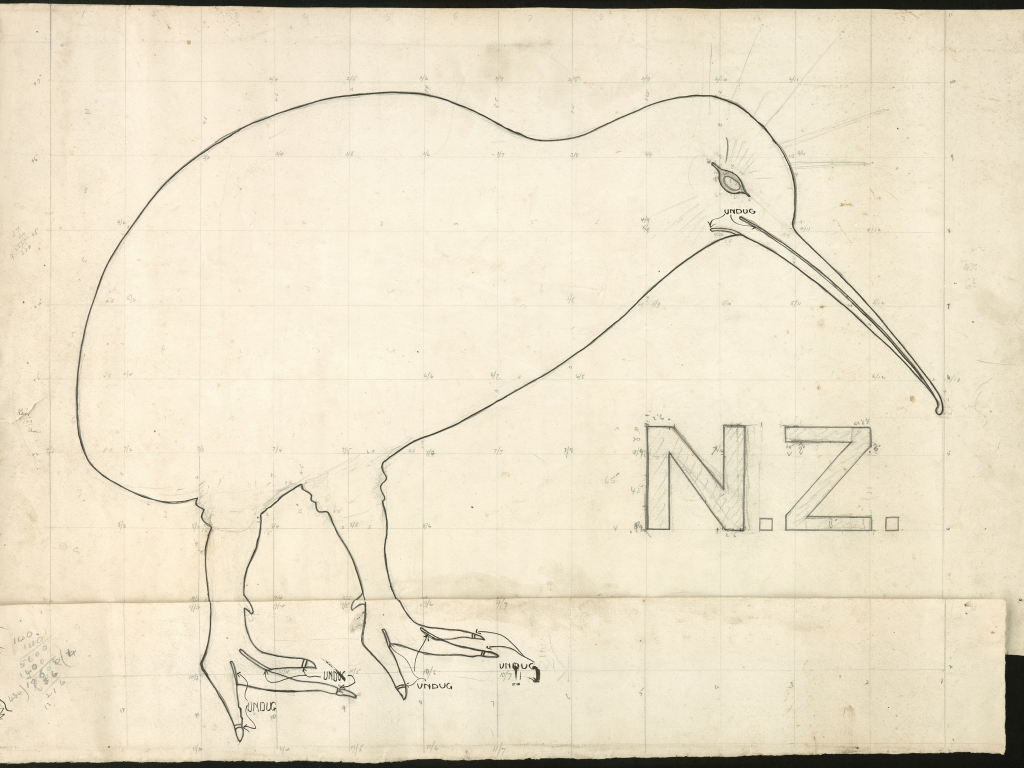 Earlier this year we received a unique digitisation request. The grid layout of a chalk Kiwi commonly known as the Bulford Kiwi carved by New Zealand troops on Bulford Hill near Stonehenge. The carving has recently become a “scheduled monument” on the advice of Historic England as part of the centenary of World War I.  The 130 metre tall Kiwi was carved by New Zealand troops stationed at Sling Camp in Bulford following the 1917 Battle of Messines in Belgium.
The Kiwi was carved by the Wellington, Canterbury and Otago battalions while waiting to come home from World War I. Due to their prolonged departure, and after a riot in their camp the home-sick Kiwi soldiers who were desperate to come home took to the Beacon Hill and dug up a Kiwi. Key contributors in the creation of the Kiwi were Victor Low (of the Lo Keong family, thought to be New Zealand’s first Chinese family) who surveyed the site and Sergeant Percy Blenkearne and Captain Harry Clark.
When Historic England championed to have this site protected it prompted the National Army Museum of New Zealand to look into their own archives to see what information they had about the kiwi. To their surprise they found the original grid plan of works that showed where the ground was to be cleared and ‘undug’ to show the chalk in the shape of a Kiwi.
To preserve the plan NZMS carefully digitised the drawing which now allows the viewer to zoom into the finer pencil details of the grid numbers and to the left you can see the date 1919. Our team loved digitising this special piece of New Zealand and feels privileged to be preserving our country’s history.