Home  »  Alison Barnett • Case Studies • Digitise   »   Colleen Brown and her book The Bulford Kiwi. The Kiwi we left behind

Colleen Brown first approached us back in 2015 with a bundle of photographic negatives connected to the story of Sling Camp and the huge Kiwi memorial carved into the hill there. The Bullford Kiwi is still visible from across the Salisbury Plains in Southern England today, though only after significant restoration, as Colleen discusses along with its history, in her book – The Bulford Kiwi. The Kiwi We Left Behind. 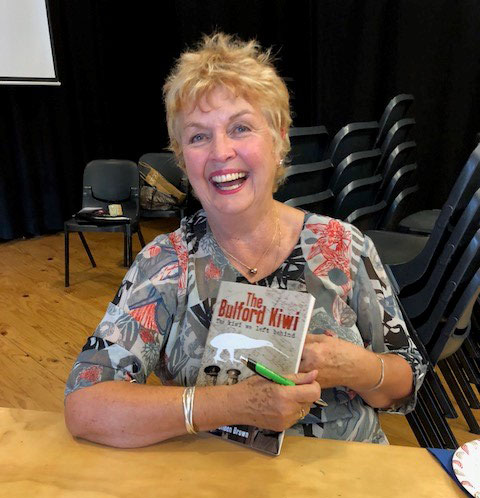 Over the intervening 3 years since our first meeting, we have shared in Colleen’s delight at the discovery of new photos, maps and plans, working with her to create publication-ready images. It was therefore a real pleasure to attend the book launch in April this year, along with her friends, family, supporters and local politicians. The mixture of people, and good-will towards Colleen and the project, seemed to reflect the spirit and importance of the story. Colleen’s account below, provides an insight into her research process as she located and discovered the gems and snippets that opened up this extraordinary piece of New Zealand history.

Colleen at the launch, signing our copy of her book

“At the time you start researching a topic you have an idea of where you will end up…hopefully.

When I embarked on researching the Bulford Kiwi, a memorial carved into the slopes of Beacon Hill above Sling Camp in Southern England in 1919, by New Zealand soldiers waiting to go home, it was like being at the start of an intriguing labyrinth. I stepped into the maze and instantly I was captivated by the possibilities that lay ahead of me. The twists and turns that journey led me on were intriguing and at times all-consuming. One small turn led me to another possibility. And I emerged triumphant at the other end. I had cracked it.

So, what did I learn on this journey. Obviously, I learned a lot about the Kiwi. This magnificent sculpture lying stark white against the lush green on the fields that surround it, is compelling. You look at it and immediately you want to know its history.
But more importantly I learned the stories of some of those soldiers behind the construction of the Kiwi. I also learned how generations of families have kept precious mementos from the past almost without knowing why. They stored those photographs, smoothed those letters, and placed those diaries from that period in our history in a box or a drawer – precious, irreplaceable.

And it was discovering that treasure which for me opens the lid on the story. Yes, it is about an iconic bird left as a reminder to all about the sacrifices and futility of war, but it is more than that. It is about the families left behind, and the men who returned often with their letters from home, their photos, and their scrawled diaries. Typically, they placed them, along with their postings to their New Zealand sweethearts and family and postcards of the idyllic English countryside, in a box and stored them away. The men are long gone, but their memories remain in the form of these touching and often heart-breaking records of the past.

My book would be nothing without the voices of the men who were there. Like someone stuck in the middle of that warren of possible directions to follow, I became a dogged detective. I hunted down families that might have a connection to the Kiwi. And I was successful. I found Captain Harry Clark’s family. Harry Clark was responsible for getting the required 250 men up onto the Kiwi each day with their shovels to dig the Kiwi out of the Beacon Hill turf. As I uncovered Harry’s diary and letters the hair on the back of my neck stood up especially when I found a stack of negatives Harry had taken in 1919 tucked into a small brown envelope with the words ‘Sling Camp’ written on the front. Inside that envelope lay over ten negatives of the Kiwi as it was completed in 1919. They had been placed in that envelope nearly 100 years ago.

Once the negatives were restored I had beautiful black and white compositions of uniformed officers posing in Sling Camp with the Kiwi behind them, unique little snap shots of life back in 1919 taken through the viewfinder of a person intimately involved with the construction of the giant bird. For me it was incredible that the detailed work on the negatives, taking away their blemishes, revealed clear precise depictions of that era. One of those photos now graces the cover of my book. Until then the only photographs I had to go on was the official marketing photograph taken in 1919 by the Kiwi Polish Company and a smattering of other photographs stored in libraries. Harry’s negatives – pure gold.
Being able to have all the photographs restored was for me a mark of respect for the men who had endured so much throughout WW1. These mementos are all we have left of them along with their letters and medals. To be able to achieve the very high quality digital images with negatives and photographs that were between 80 to 100 years old was impressive. I can’t thank Alison and her team enough. When I saw what they had done with the raw material I was very moved. People who read the book also comment on those images and illustrations. Now we can truly say, ‘We will remember them.’ “ 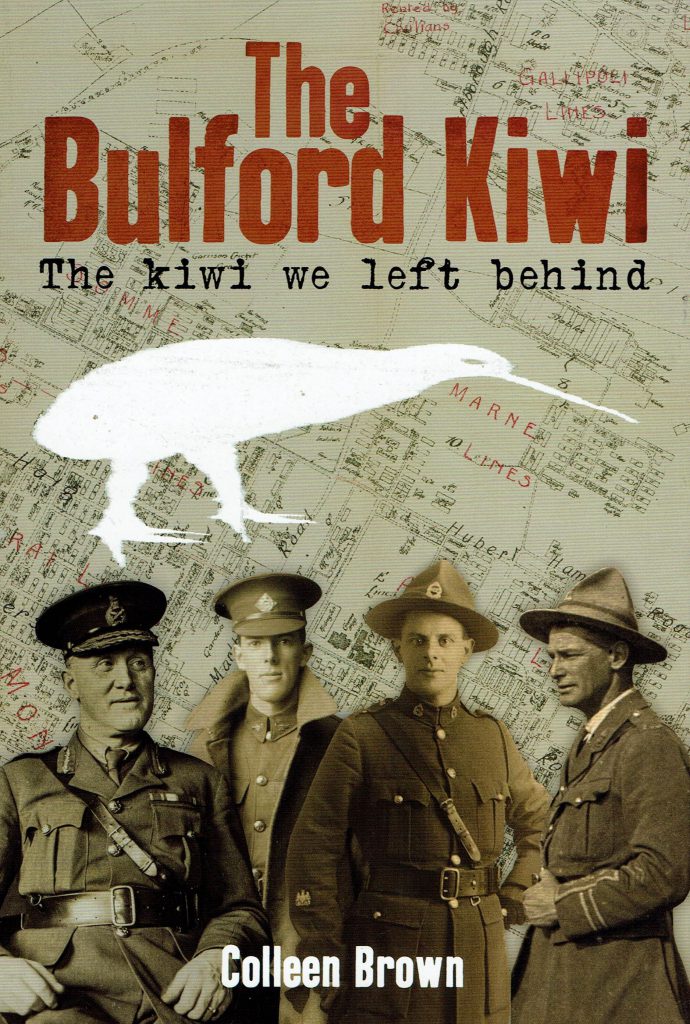 Colleen’s negatives showed their age and complicated history. After carefully cleaning and scanning, we proposed digital restoration. We noted that the negatives had no major damage but there were a lot of small scratches and spots in the content. Most of these images needed around 30 minutes of detailed restoration work to achieve print reproduction quality but there were some important images that were more problematic, such as the tiny magazine image showing engineer and surveyor Sergeant Major Victor Low (Lo Keong) sitting cross-legged in a group photograph. This couldn’t be digitally improved, so we discussed available options for layout instead. 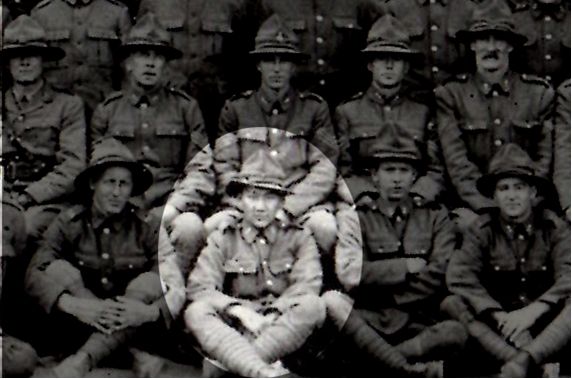 Victor Low as depicted in The Klink: Souvenir of the Voyage of H.M.N.Z.T. Turakina, 1917, Sue Baker Wilson Collection, features on pg. 88 and back cover.

One day, mid last year, Colleen arrived with more recent photos and several rolls of elongated drawings of the Kiwi as it appears today. We spent an hour or so together, working through each item, discussing not only restoration but also electronic changes – for example, replacing hand-drawn labels on a sectional elevation with typed equivalents. All-in-all, by the time of publication, we felt like partners, along with so many others, in the project Colleen so vibrantly led and we’re delighted that her work is receiving such wide readership and endorsement. Colleen feels that one enduring message of this research is the importance of learning from the past and from people just like us. As she so eloquently puts it –

“We should never underestimate the power of the voices of those who lived in other times and the importance of recording those voices and keeping them safe, in whatever form it takes for the benefit of future generations.”

To find out more about Colleen Brown and to purchase her fabulous book see here.