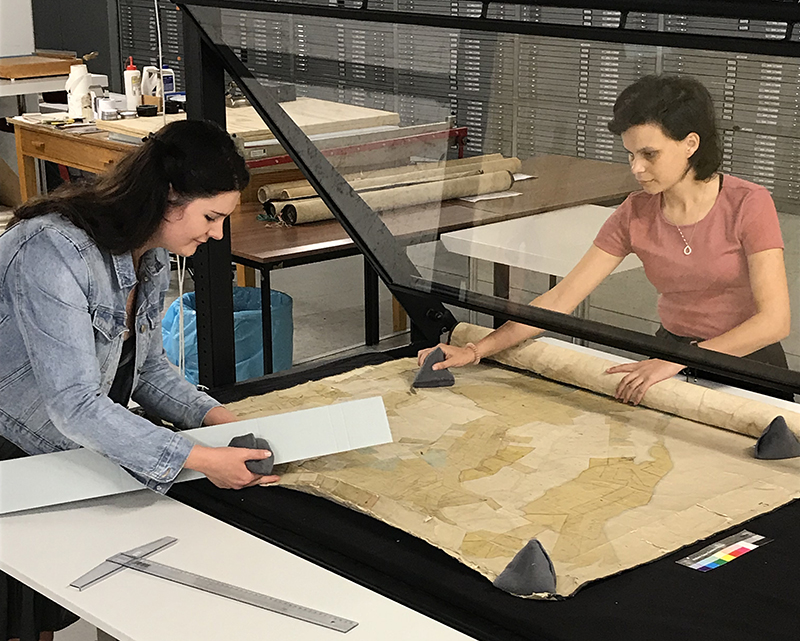 NZMS has been working with Archives NZ, Te Rūnanga o Ngāi Tahu, Christchurch City Libraries, Environment Canterbury and Land Information New Zealand (LINZ) to digitise some of the earliest survey plans of the Canterbury Land District, known as the ‘Black Maps’.
The “Black maps” were created to record the legal purchase and sale of land parcels and drawn from data and notes written by surveyor’s in their field books, they are a crucial source of information that provides a fascinating image of the Church of England’s preparation for new settlers and the historical location of natural and cultural features in Canterbury. For Ngāi Tahu the digitisation of the ‘Black Maps’ shows the relationship Ngāi Tahu held with the Canterbury landscape, providing a historical picture of Ngāi Tahu kainga nohoanga (food gathering settlements) and kainga (settlements).
The project first began in the 1980’s when Ngāi Tahu used the maps as evidence in their presentation to the Waitangi Tribunal. The Ngāi Tahu Cultural Mapping Project began in the mid-2000s, during this project kaumatua involved in the Waitangi Tribunal hearings wished to acquire digital copies of the ‘Black Maps’. The digitisation of the ‘Black Maps’ is vital to the research and mapping of Māori place names. Takerei Norton, Ngāi Tahu Archives Manager hopes to have over 5,000 Māori place names recorded over the past eight years available to the public upon the project’s completion. To read more about the Ngāi Tahu Cultural Mapping Project and Takerei’s work click here.
In 2005, Ngāi Tahu and Archives New Zealand jointly funded a pilot project to make high resolution scans of the larger survey maps. Ngāi Tahu worked at Archives NZ to photograph many of the smaller maps but with the large format maps measuring over 10 metres in length, being unwieldy and fragile, they proved difficult to capture and digitise by camera alone.
The large format maps collection contains ~c500 maps with 250 maps being selected for initial capture based on fragility and sponsoring organisation selection. A purpose built rig has been installed by NZMS in Archives NZ Christchurch to capture images of the maps as they pass beneath the camera, see video here. The images are then stitched together by a digitisation team to form a full high resolution (300 ppi) digital version of the map. The maps can be viewed on Archives NZ through Archway or through our Recollect site. 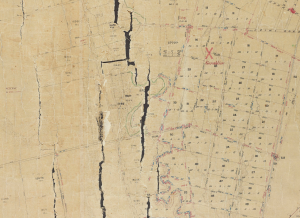 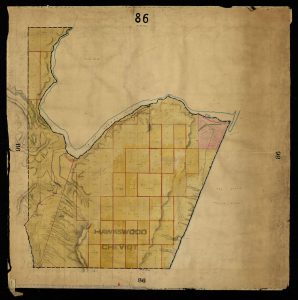 The publication of the maps in a public domain by Archives NZ benefits historians, science and conservation research institutions, insurance companies and local, regional and national government. The maps operate both as historical documents and as an authoritative record of dimensions, boundaries and areas for some land parcels in Canterbury.
The digitisation of this collection is funded by Archives NZ, LINZ, Environment Canterbury, Ngāi Tahu and Christchurch City Libraries. LINZ has been the biggest contributor and as a direct descendent of the offices that created the maps has keen interest in their preservation and use. NZMS is excited to announce they will be working with LINZ over the next year to digitise the surveyor’s field books and the colour imperial plans for the South Auckland Land District which will add to this knowledge collection.
Read more about our capabilities in building specialised camera rigs and the digitisation process of the ‘Black Maps’.