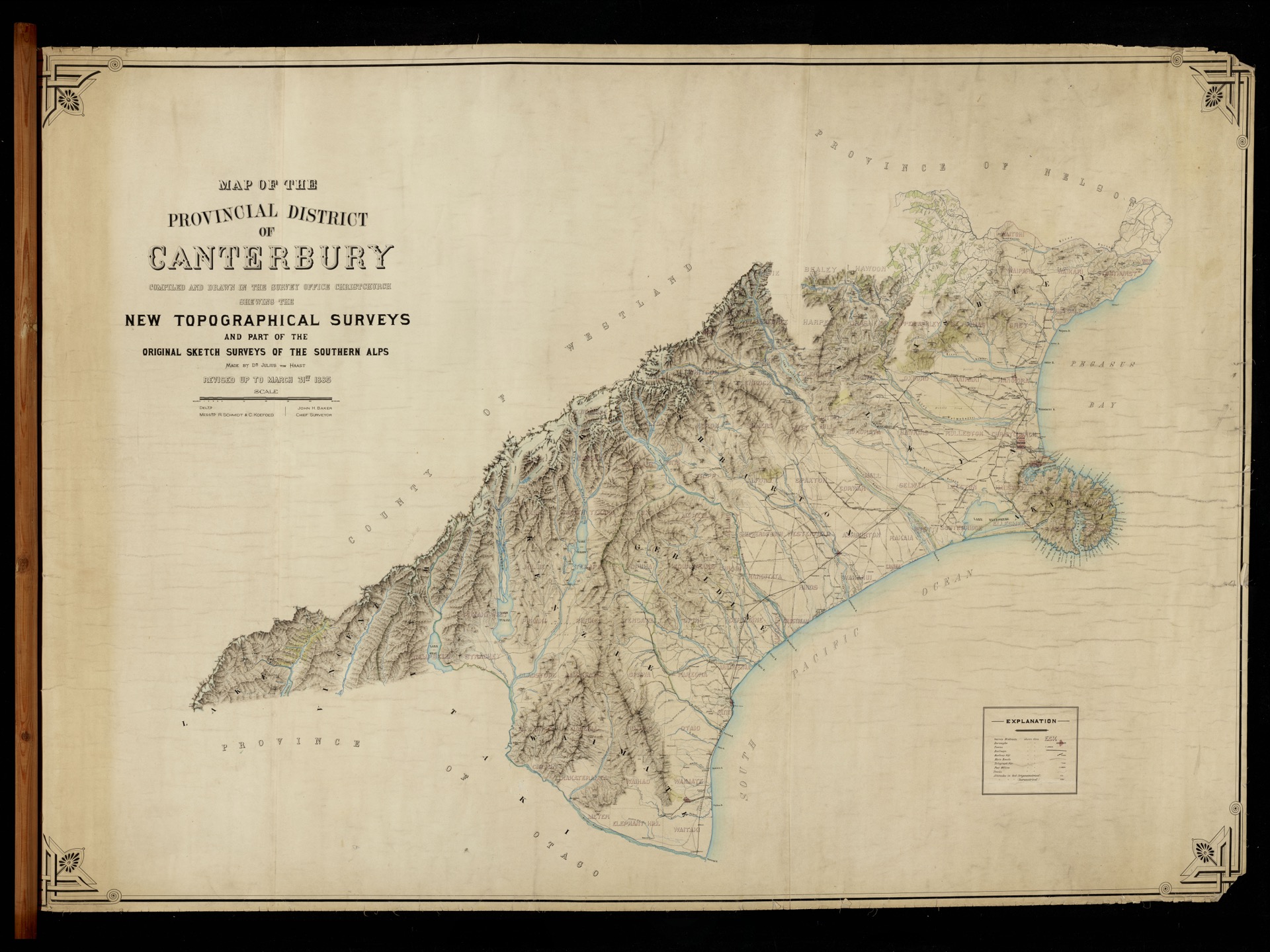 To celebrate Te Wiki o te Reo Māori (Māori Language Week), we have decided to reshare a unique project that we have been working on since 2016. The project involves digitising early-19th century survey plans of the Waitaha (Canterbury) region, some of which are known as the Black Maps. It is a joint endeavour by Te Rūnanga o Ngāi Tahu, Archives New Zealand, Land Information New Zealand, and Environment Canterbury.

The Black Maps reveal the relationship that Māori had with Te Waipounamu (South Island) prior to mass land modification that began to take place in the mid-19th century by European settlers. They record a historical picture of kāinga, Māori place names, and areas of mahinga kai such as wetlands, lagoons, and estuaries — many that have been destroyed or irreversibly altered.

The Black Maps were created by early survey parties who explored Aotearoa with the help of Māori guides. Surveyors used instruments such as a theodolite to take measurements and make observations in field books for later mapping. The maps document the original course of streams or rivers, the density and varieties of foliage, potential land uses, as well as cadastral information (land boundaries and ownership). Many of these maps had a long working life and annotations were frequently added to them – making it possible to see subsequent road names, railway lines, and lessees or purchasers of land.

To digitise the Black Maps a purpose-built rig had to be crafted by NZMS when the project first began. The maps frequently ranged in size from just 30 centimetres up to four meters wide – and most could not be captured in just one image. Multiple photographs are taken of each map that are then processed in Capture One and Photoshop to create a composite image. The use of a 100 megapixel Phase One camera allows our team to capture an exact digital replica of the original map at a 1:1 scale and 300ppi. Many of the digitised maps can be found on Archives New Zealand’s Archway website and NZMS’s Heritage Maps platform.

The publication of the maps in a public domain by Archives New Zealand, not only benefits Ngāi Tahu’s Kā Huru Manu project, but it also generates essential information for historians, research institutions, and local and national government.

This blog combines information from three of our previous case studies that discuss the same project. To read more, follow the links below:

A New Life for Survey Maps